No items found.
Product is not available in this quantity.

Why Your Plants Die – 6 Tips from Your Dead Plants 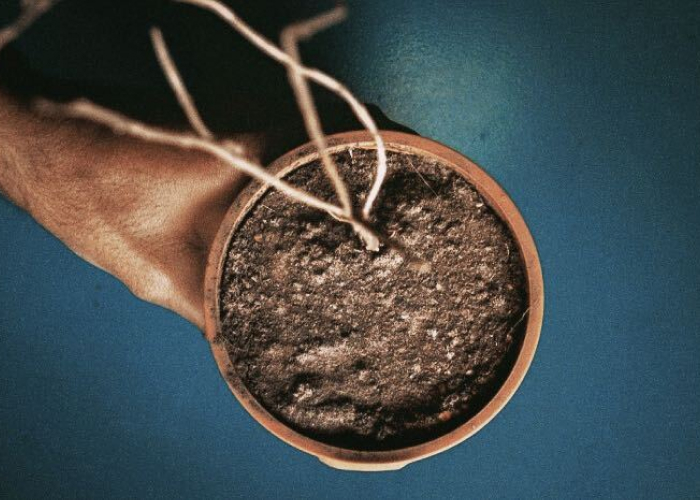 Look, it was all going well. You took me off the shelf, sizing me up. I perked up my leaves a little – you can’t blame a plant for showing off. It was a love story, really. We moved in together, we were happy – I grew new leaves, you posted your joy on Instagram. We vibed so well. But then the skies turned dark, and I slipped away. That’s right, I am a dead plant now, and you let me die! So I have come to haunt you with your mistakes.

“You forgot about watering me from time to time. Then it got worse. You panic-watered. My leaves drooped. You watered me more. I tried to tell you that it was too much. But all that water flowing out of my pot was not enough. You suffocated me with litres of your love. For next time, set a watering schedule on your phone! Or you know, pick someone who appreciates guilt watering. Like some pothos.”

“You said I matched your bookshelf in my perky little pot, and you wouldn’t forget about watering me because my leaves were so pretty. I believed you at first, but it was all a lie. The water got less and less. You started to come up with excuses. Your friends called, you had work to do. I tried to be understanding, but eventually, it all just withered away. For next time, hook the plant up with a water globe or something. Or you know, set an alarm for watering.”

“You wanted to have me. You prepared a place for me, gave me a name. I felt safe with you. You were always there for me – even as I grew and wanted to stretch my branches out alone. You began to turn up at inappropriate times, using excuses about wanting to check up on me. You began to force me towards things I didn’t want to do, and cut me off when I felt I could really bloom. It was all wrong. I gave up trying. How about you pick someone needy next time? Maybe some needy kid from the tropics.”

“You are a wild one. I knew that from the start. You had many friends, and they came over a lot. They didn’t care much for me, I was just part of the decor. I was alright with that. But I started getting the short end of the stick. They threw their cigarettes into my personal space. Their half-finished drinks. They broke my new leaf, knocked me over, and my soil spilled out. You tried to avoid it by going out instead, but the damage was done already. I couldn’t handle it. How about you take the party somewhere else next time? Or at least hang me up somewhere so they can’t reach me.”

“I knew I wasn’t the only one. They were a part of your family too, you said. Your furbabies, some said. I was okay with it. But they didn’t respect my boundaries. They thought I was a toy to toss around. One of them dug the soil out of my pot, clawed my roots. The other one chewed on my leaves, the ones we grew together. Next time, make sure that it’s safe for someone else to enter your life. Set up some “no entry” signs for your pets, you know?”

“Look, I am not gonna lie. I love to be showered with love. It makes my leaves twitch just to think about that luxurious organic fertiliser you got me. The fantastic spot in your windowsill to bathe in the rays of sun, thinking about the gentle spritz of water you splurge on giving me sometimes. But I felt so pressured to perform, you know? All the superfoods stretched out my leaves, and I grew weak and weary in the bubble of love you kept me in. I was not ready for the sun scorching my leaves. It all happened so quickly, I barely felt a thing. For next time, maybe less is more. Maybe you need more of us to spread your love. Right?”

So you heard them all.

There it is. The advice from your dead plants, for the sake of your future plants. You know, to do better next time!

Subscribe here to our newsletter for 20% off your order and read more about what Plant Potheads is about.

Join our #plantculture and receive 20% off all pots